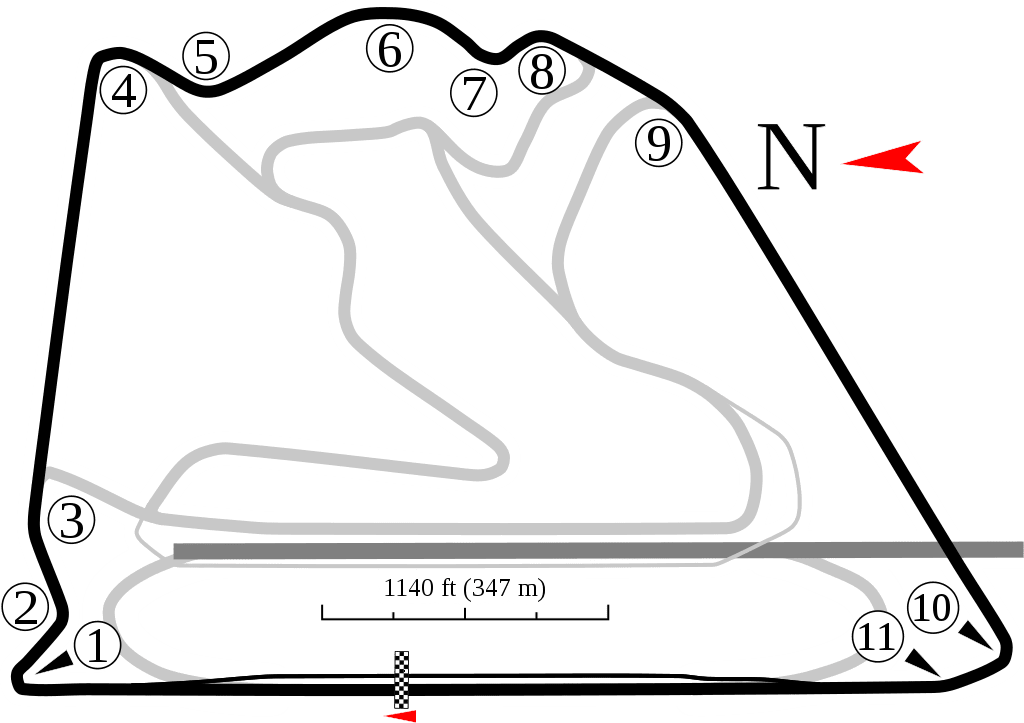 The 2020 Sakhir Grand Prix (officially known as the Formula 1 Rolex Sakhir Grand Prix 2020) is a Formula One motor race that is scheduled to take place over 87 laps on 6 December 2020 on the 'Outer Circuit' configuration at the Bahrain International Circuit in Sakhir, Bahrain. This is the first Formula One race on the this track configuration. The race will be the sixteenth and penultimate round in the 2020 Formula One World Championship and the second of two back-to-back races in Bahrain to take place during the season with the Bahrain Grand Prix having taken place at the same venue the week before, but on a different layout. The race also marks the first running of the Sakhir Grand Prix.

The Bahrain International Circuit is a motorsport venue opened in 2004 and used for drag racing, GP2 Series and the annual Bahrain Grand Prix. The 2004 Grand Prix was the first held in the Middle East. Beginning in 2006, Australian V8 Supercars raced at the BIC, with the event known as the Desert 400. However, the V8 Supercars did not return for the 2011 V8 Supercar season. 24 Hour endurance races are also hosted at BIC. The circuit has a FIA Grade 1 license.

2020 Sakhir Grand Prix will use the 'Outer Circuit' layout, the first Formula One race to be held on this layout. At a length of 3.543 km (2.202 mi) it is a shorter layout than the 5.412 km (3.363 mi) 'Grand Prix' layout, which aside from some minor tweaks to the exit of turn 4 ahead of 2005 event is otherwise the same circuit that has been used reguarly for Formula One races since the inaugural Bahrain Formula One race in 2004 except at the 2010 Bahrain Grand Prix where a longer 6.299 km (3.914 mi) 'Endurance Circuit' configuration was used. As a result, the race is due to be contested over 87 laps to exceed the 305 km (190 mi) race distance mandated by the regulations. According to simulations lap times are expected to be under one minute. If achieved, this would only be the second Grand Prix weekend in history to see sub one minute lap times after the 1974 French Grand Prix at Dijon-Prenois where Niki Lauda set a pole position qualifying time of 58.79 seconds in a Ferrari 312B3-74. Prior to the event many drivers suggested they were looking forward to the challenges of the Outer Circuit with McLaren driver Lando Norris likening the circuits high speed nature as similar to Thruxton Circuit in England, whilst Williams driver George Russell said the circuit was "definitely gonna be bonkers, for sure" when asked his opinion on the layout. Renault driver Daniel Ricciardo expressed his hope that the circuit would provide good overtaking opportunities, with Carlos Sainz Jr. of McLaren suggesting that choosing the correct setup – particularly downforce levels – would be difficult.

The construction of the Bahrain circuit was a national objective for Bahrain, initiated by the Crown Prince, Shaikh Salman bin Hamad Al Khalifa. The Crown Prince is the Honorary President of the Bahrain Motor Federation. TRL was asked to build the circuit, headed by Patrick Brogan. Race organizers were worried that the circuit would not be complete in time for the 2004 Bahrain Grand Prix and attempted to cancel the event; however, Formula One supremo Bernie Ecclestone refused this request. In the end, the circuit was not quite fully complete, but was good enough for the grand prix to go ahead.

After the 2004 race and ahead of the 2005 race the track was realigned at turn four, decreasing the circuit's overall length by 5 metres. In 2007 the circuit became the first Grand Prix circuit to be awarded the distinguished FIA Institute Centre of Excellence award, given for excellent safety, race marshal, and medical facilities, and for the high standards of technology required to maintain these. At the 2009 Grand Prix, BIC announced a collaboration with @bahrain to develop land next to the circuit. @bahrain is part of the Mumtalakat group of companies. @bahrain will dedicate more than 1 million square meters of business, entertainment and educational space with a value in excess of US$2bn (BHD 850million), making it one of the largest investment projects to take place in Bahrain in the past five years.

The circuit was designed by German architect Hermann Tilke, the same architect who designed the Sepang International Circuit in Malaysia. The main contractor for the project was Cebarco-WCT. The circuit cost approximately 56.2 million Bahraini Dinars (US$150 million) to construct. It has six separate tracks, including a test oval and a drag strip. The circuit posed a unique problem. Positioned in the middle of a desert, there were worries that sand would blow onto the circuit and disrupt the race. However, organizers were able to keep the sand off the track by spraying an adhesive on the sand around the track.

The surface of the track is made of graywacke aggregate, shipped to Bahrain from Bayston Hill quarry in Shropshire, England. The surface material is highly acclaimed by circuit bosses and Formula 1 drivers for the high level of grip it offers. The same aggregate material is used at the Yas Marina Circuit, venue of the Abu Dhabi Grand Prix.

It was 2004 when the drivers first lined up under an unusually cloudy sky for the inaugural Bahrain Grand Prix. The race was dominated (like many in 2004) by the two Ferraris, with Michael Schumacher winning out from Rubens Barrichello, while the crowds were also treated to a fantastic dog-fight between the Jaguar of Mark Webber and the Renault of Fernando Alonso.